MEDIA. Through innovative, reliable fertility care — a talented LIV team takes a responsible approach to help you reach your destination of parenthood. 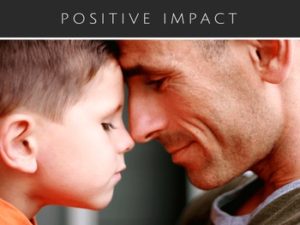 LIV reimagines, refines and redefines each and every aspect of reproductive medicine. 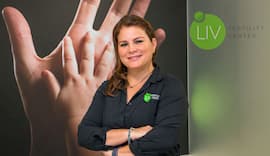 Diets high in unsaturated fats, whole grains, vegetables, and fish have been associated with improved fertility in both women and men.

In this piece, our manager and also nutritionist explains more about the importance of considering including a special diet during their infertility treatment to increase the probability of success in your results. 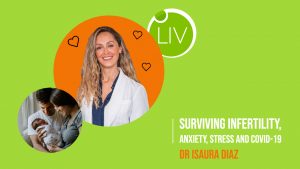 Support at this time is essential as plans for fertility treatments are more challenging this year. Having an outlet to share concerns is important. You may want to talk about your feelings with a partner or close friend but remember that they are also going through their trauma and anxiety.
Here are some tips that our psychologist suggests you practice so that you can face this epidemic in the best possible way. 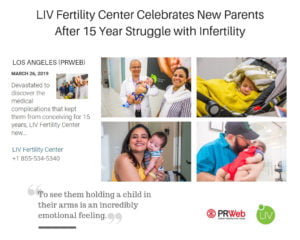 Devastated to discover the medical complications that kept them from conceiving for 15 years, LIV Fertility Center new parents, Iqbal and Kim, are now celebrating the birth of their baby boy after successful fertility treatment in Mexico.

But after all of those long years of medical difficulties and infertility, their story-book journey — was just beginning.
Read the Entire Story

“To become the only licensed laboratory to produce MicroSort® in Mexico, this was a progressive and rewarding step for us here at LIV,” stated Tolga Umar, CEO and Founder of LIV Fertility Center. 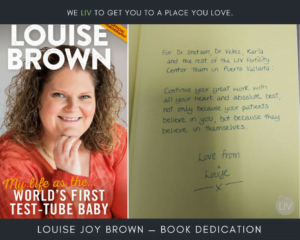 Louise Joy Brown became the first baby to be conceived through IVF on July 25, 1978 at 11:47 pm. Recently, Louise, gave a dedication to LIV Fertility Center in her book — Louise Brown: My Life As The World’s First Test-Tube Baby. For those of us dedicated to Assisted Reproduction, it is a great privilege to have this book published for the world to read. Thank you Louise Joy Brown for your dedication, but above all changing the world with your miracle birth. Louise was born in District General Hospital in Manchester, England, to parents Lesley and Peter Brown. She was delivered shortly before midnight by caesarean section and weighed in at five pounds, 12 ounces. Today, Louise is raising her son Cameron —  who was conceived naturally. 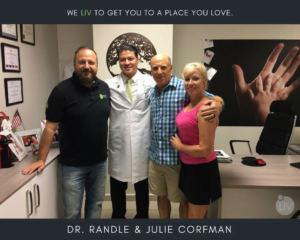 Dr. Stetson and the entire LIV team were honored to have Honorary Visitor and friends, Dr. Randle & Julie Corfman, visit our fertility clinic. Dr. Stetson and Dr. Randle come together with a shared mission to form a solid model of collaboration and partnership.

Dr. Corfman is the Founder and Medical Director of The Midwest Center for Reproductive Health, P.A. (MCRH) in Maple Grove, Minnesota. Dr. Corfman earned his B.A. from Kansas Wesleyan University and his Ph.D. in biochemistry from Kansas State University. After obtaining his M.D. from the University of Kansas, he completed a residency in obstetrics and gynecology at the University Of Kansas School Of Medicine in Wichita, Kansas and a fellowship in Reproductive Endocrinology and Infertility at Yale University. A recipient of the prestigious ACOG-Ortho Academic Training Award, Dr. Corfman has been able to combine his background as a research scientist with his medical background, to make him uniquely qualified and effective in the area of reproductive medicine.

As a pioneer in many aspects of reproductive endocrinology, infertility and assisted reproductive technologies, Dr. Corfman established the in vitro fertilization (IVF) and endoscopic gynecologic surgery programs at the Mayo Clinic in Rochester, Minnesota. 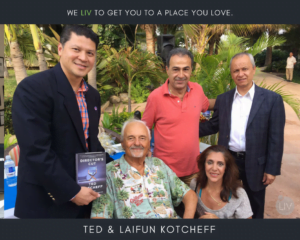 Film Director Ted Kotcheff and his wife, Laifun Chung Kotcheff, visited the LIV Fertility Center. The lovely and compassionate Beverly Hills couple stopped by the clinic for a meet and greet with the staff — after recently providing a ‘Leadership Gift’ to another couple to pursue their dreams of parenthood.

Thanks in-part to their generous financial donation, the couple is now expecting.